Skip to content
UPDATE: Exclusive New Footage From Christopher Nolan’s ‘Tenet’ And More To Screen With ‘Inception’ 10th Anniversary Re-Release
In The Pipeline

Not only Warner Bros. appears determined to bring the first major film event following global lockdowns due to the COVID-19 pandemic, but the first major trailer event as well. The […]

Not only Warner Bros. appears determined to bring the first major film event following global lockdowns due to the COVID-19 pandemic, but the first major trailer event as well.

The studio announced late last night that the cinema release of Christopher Nolan’s Tenet has been pushed back to a global rollout beginning August 26 – with a 10th anniversary re release of Nolan’s iconic Inception taking its place from August 12 internationally and August 21 in the U.S., featuring exclusive footage from the espionage epic as well as from WB’s other upcoming films. Per the press release:

This special anniversary theatrical event will also give audiences a never-before-seen look at footage from Nolan’s highly anticipated film “Tenet,” which will debut worldwide two weeks later, on July 31. Moviegoers will also be treated to an exclusive sneak peek of select films on Warner Bros.’ upcoming slate.

The announcement was also followed up by further release date changes from the studio – meaning the films most likely to be showcased as part of the re release would be The Conjuring: The Devil Made Me Do It, Wonder Woman 1984 (moved from August to October) and Dune. It’s unknown whether any of the studio’s 2021 films (including other DC Comics titles and the newly moved Godzilla Vs Kong) will be featured, as well as whether these will be trailers or behind the scenes sneak peeks.

UPDATE (Aug 4): Tenet’s release date has, since publication, been pushed yet again to a global rollout beginning August 26, with the re-release now taking place from August 12 internationally and August 21 in the U.S.. There have also been reports on what the extra content – excluding the WB slate preview – includes (via FSK):

The countries so far confirmed to screen the re-release with exclusive footage outside North America are:

As always, we will be sure to keep you updated on this as more information comes in. We would also like to urge anyone considering attending the re release, especially specifically for the trailers, to be mindful of the situation with COVID-19 in your local area – please keep yourselves and others safe. 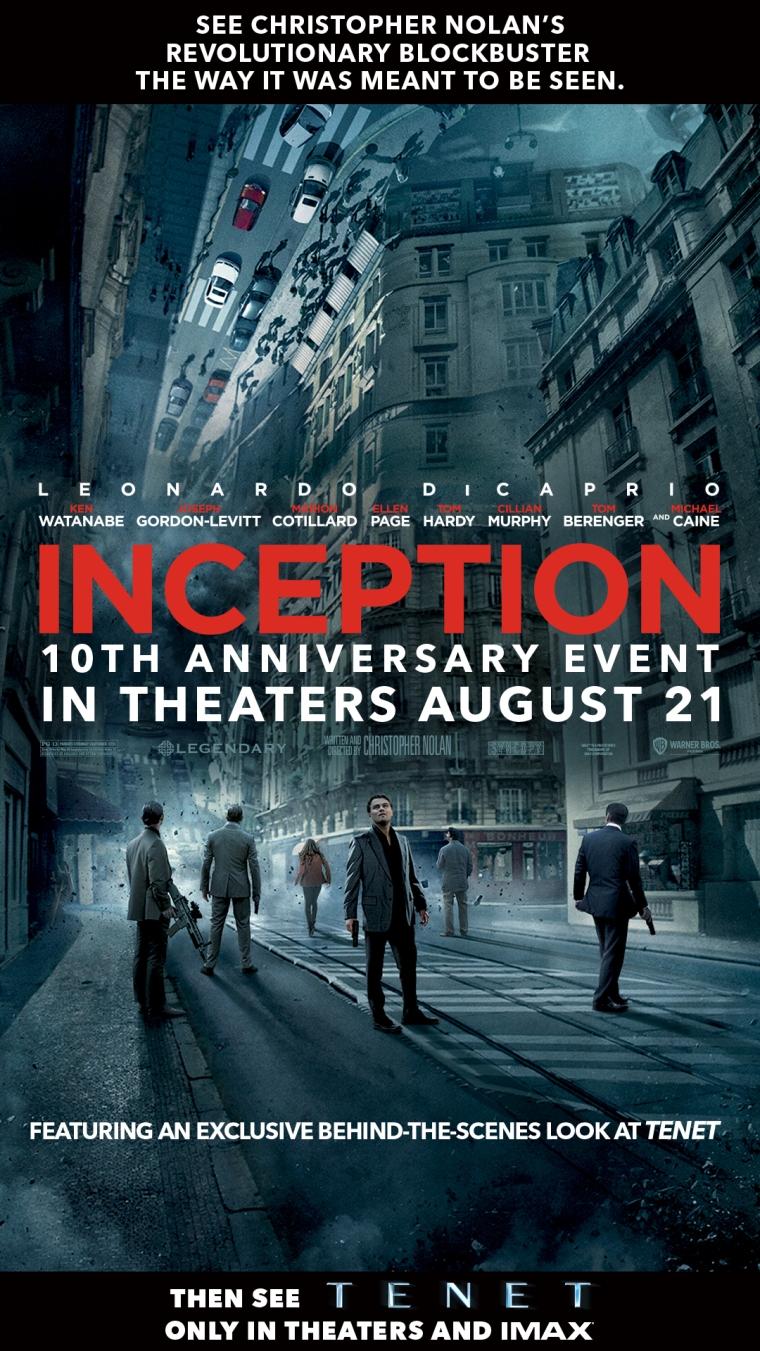 John David Washington is the new Protagonist in Christopher Nolan’s original sci-fi action spectacle “Tenet”. Armed with only one word—Tenet—and fighting for the survival of the entire world, the Protagonist journeys through a twilight world of international espionage on a mission that will unfold in something beyond real time. Not time travel. Inversion.