Update: the trailer is set to arrive at midnight ET (9pm PT/5am UK Friday) tonight! After the first look just after Christmas, the second trailer for Neil Marshall’s rebooted Hellboy […]

After the first look just after Christmas, the second trailer for Neil Marshall’s rebooted Hellboy is, at last, set to arrive in the coming days. The new full trailer has been rated today by Consumer Protection BC – this comes on the heels of what appears to be a legitimate Deluxe/Technicolor Digital Cinema trailer distribution sheet leak yesterday (via ComicBook & Reddit) seemingly confirming the piece’s arrival in U.S. theatres for this weekend’s releases, as well as the red-band nature of the new look.

Assuming the trailer is indeed plahying in U.S. cinemas from Friday, we expect it online some time in the next 48 hours – so stay tuned for more info imminently! 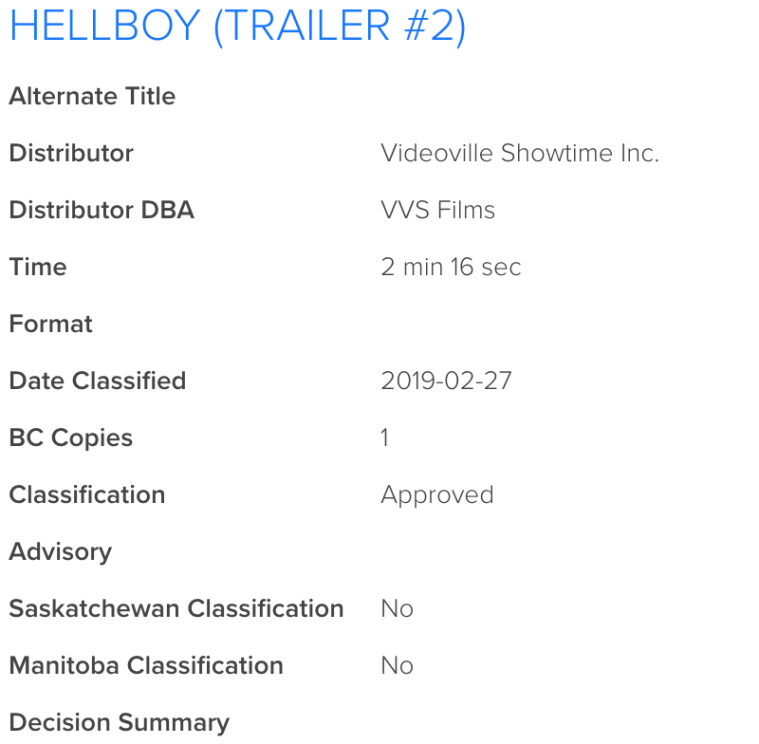 Hellboy is back, and he’s on fire. From the pages of Mike Mignola’s seminal work, this action-packed story sees the legendary half-demon superhero called to the English countryside to battle a trio of rampaging giants. There he discovers The Blood Queen, Nimue, a resurrected ancient sorceress thirsting to avenge a past betrayal. Suddenly caught in a clash between the supernatural and the human, Hellboy is now hell-bent on stopping Nimue without triggering the end of the world.