This is what it has been leading to – we have now reached the final round of our big Battle Of The Marvel Studios Teasers trailer poll! We have put […]

This is what it has been leading to – we have now reached the final round of our big Battle Of The Marvel Studios Teasers trailer poll! We have put 23 first looks at all of the Marvel Cinematic Universe films to date to the vote, with Captain America: Civil War and Avengers: Infinity War now left to battle it out. 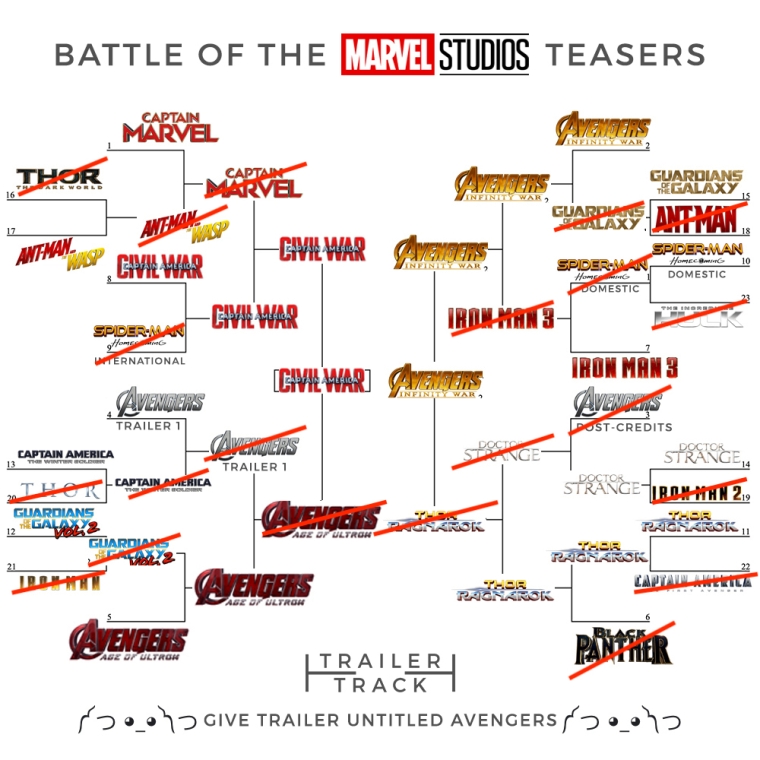 Which teaser trailer will win? It’s all over to you – voting closes tomorrow at 9pm UK/1pm PT/4pm ET. And once again, remember thatt thisisn’t just voting for your favourite film, but your favourite trailer, so don’t automatically vote for a specific trailer over another just because you like the film more.

Like Loading...
Posted on Nov 24, 2018 0 By Anton Volkov Features Posted in Features Tagged #Battle of The Marvel Studios Teasers, Features