With two rounds down, the Battle Of The Marvel Studios Teasers poll we are running this week in anticipation of the long-awaited first look at Avengers 4 has reached the quarter-final stage. Following yesterday’s […]

With two rounds down, the Battle Of The Marvel Studios Teasers poll we are running this week in anticipation of the long-awaited first look at Avengers 4 has reached the quarter-final stage. Following yesterday’s second round, which eliminated the likes of Ant-Man and the Wasp, Spider-Man: Homecoming (both trailers!), Black Panther and both the Guardians of the Galaxy films, we are now down to the final eight debut looks. Check out the line-up below: 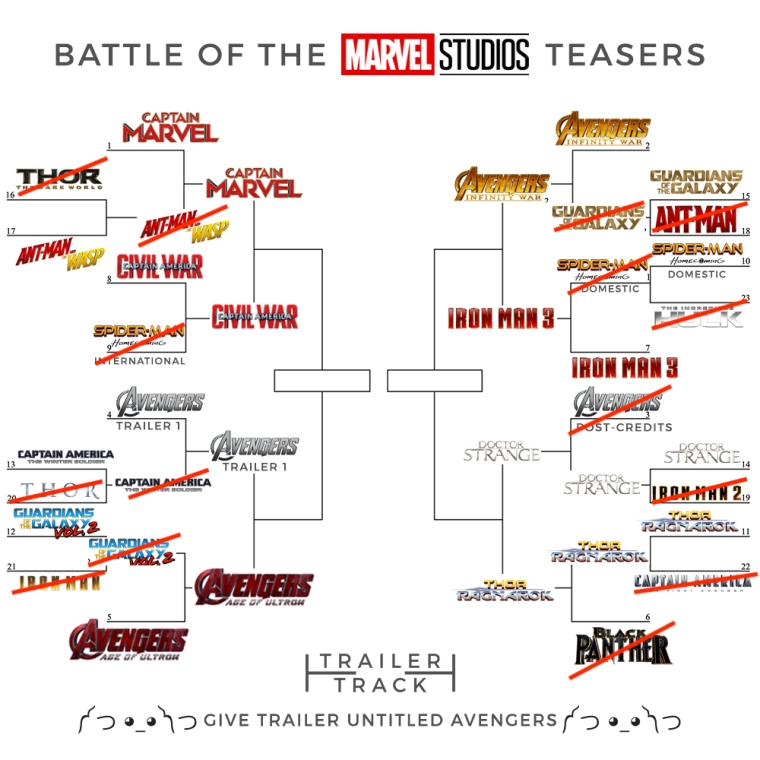 Now, what we need are your votes and enthusiasm – but beware, there will be some tough choices ahead! Round 3 closes tomorrow at 9pm UK/1pm PT/4pm ET, with the semi-final round starting shortly thereafter. Remember, this isn’t just voting for your favourite film, but your favourite trailer, so don’t automatically vote for a specific trailer over another just because you like the film more.

Group 2 – The Avengers (Trailer 1) vs. Avengers: Age of Ultron

Like Loading...
Posted on Nov 22, 2018 0 By Anton Volkov Features Posted in Features Tagged #Battle of The Marvel Studios Teasers, Features