Following the film’s world premiere at the Toronto Film Festival, a brand new trailer for Barry Jenkins’ Moonlight follow-up If Beale Street Could Talk has been locked in and ready for release – having been rated by Consumer Protection BC tonight. Given the North American release of Annapurna’s The Sisters Brothers this weekend, this is no doubt in time to be attached to Jacques Audiard’s latest; so expect this new look online in the days ahead! 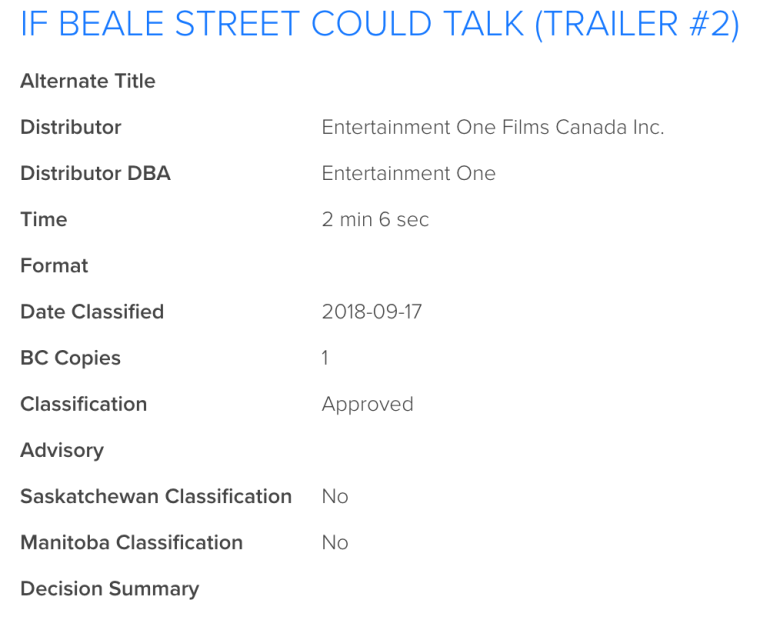 Based on the novel by James Baldwin, “If Beale Street Could Talk” is the story of Tish, a newly-engaged Harlem woman who races against the clock to prove her lover’s innocence while carrying their first-born child. It is a celebration of love told through the story of a young couple, their families and their lives, trying to bring about justice through love, for love and the promise of the American dream.

Starring Kiki Layne, Stephan James, Teyonah Parris, Regina King and Colman Domingo, the film is released November 30 in the U.S., followed by January 18 in the UK.

Founder/EIC of TrailerTrack and Marketing/Distribution student at the UK's National Film & Television School.