UPDATE: Welcome to #CaptiveState. Trailer tomorrow. pic.twitter.com/zZVJefsILj — Captive State (@captive_state) September 12, 2018 The first look for one of the most intruiguing sci-fi projects of 2019 is almost here. […]

The first look for one of the most intruiguing sci-fi projects of 2019 is almost here. The teaser trailer for Rupert Wyatt’s Captive State has been rated by Consumer Protection BC – and we expect it to arrive online as soon as the coming days, with The Predator (arriving in cinemas next weekend) as a good spot for a theatrical launch. Stay tuned for more soon! 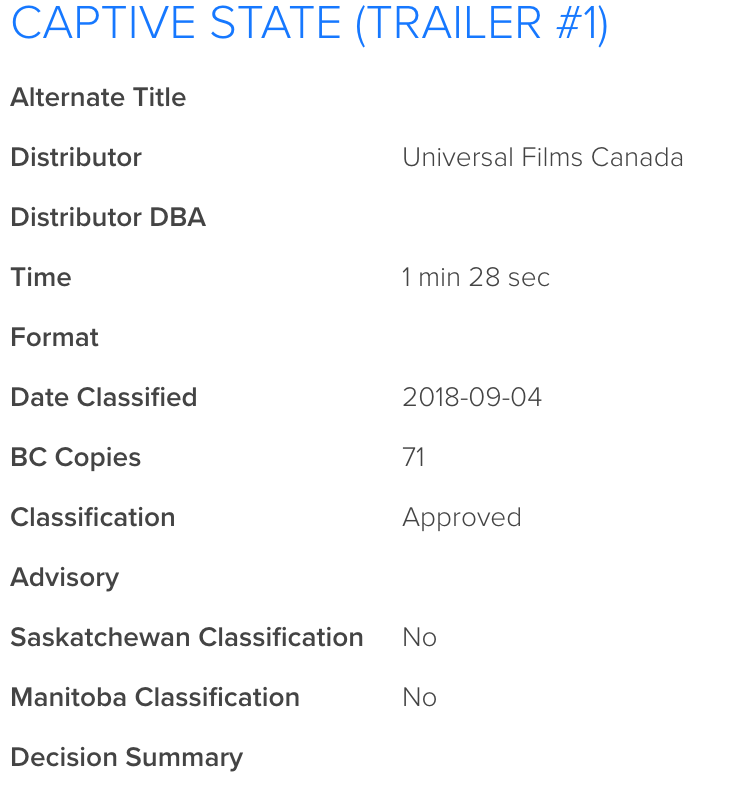 Set in a Chicago neighborhood nearly a decade after an occupation by an extra-terrestrial force, CAPTIVE STATE explores the lives on both sides of the conflicts – the collaborators and the dissidents.

Starring John Goodman, Vera Farmiga, Ashton Sanders and Jonathan Majors, the film is released March 29 in the U.S., followed by April 12 in the UK.